CrankWheel just surpassed 10.000 weekly installed users on the Chrome Web Store, and with great scale comes great responsibility. The last few weeks were a lesson in humility in regards to customer success management at scale.

In this post we’ll outline what helped us get there, and what to do when faced with a sudden increase of new users. 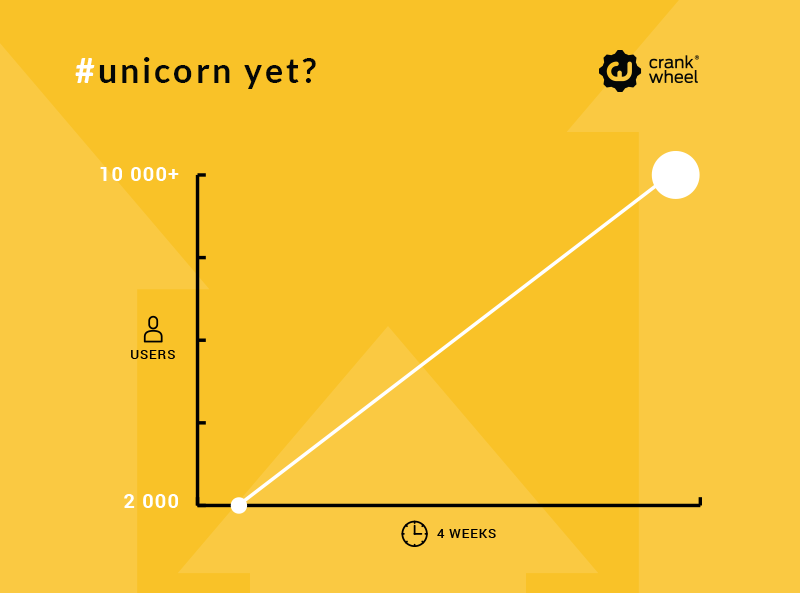 TIP: Corporate acclaim is good for growing a startup

Attention from big companies is simply newsworthy. We openly broadcast our participation in various events, early-adopter customer referrals and prizes won at startup competitions. It helped us grow and sustain new website traffic. One memorable traffic spike came from coverage of a local, Icelandic event hosted by Vodafone. We were holding a big prize check in the thumbnail, sprinkled some “boost” dust on Facebook and started accepting new customers.

When one of the Big Four, Deloitte, selected us as a ‘Rising Star’ at their Fast 50 - Rising Star event in Reykjavik, we were thrilled with the opportunity to actually go live and broadcast it to our Facebook followers.

We won tickets to another event!

TIP: Events are opportunities to do a lot of digital marketing. And then there’s the benefit of personal meetings

A few weeks later we went to Slush 2016 Start Up Conference in Helsinki. Hundreds of conversations about screen sharing sparked a feature idea we’re chasing right now. We took pictures, posted on social media and kept raking in new traffic.

Just recently we went to Dublin Tech Summit, another tech event. Long story short, we made sure to approach just about everyone there, hosting demos live at our booth and inviting them to the website.

Snapping pictures with our trusty Leica became not simply pure pleasure but also an important marketing asset. Photos of us in action during events get the most likes on social and generate web traffic almost instantly!

TIP: PPC in context of events doesn’t work well for us

It’s not all fun and games. We tried supporting our event presence with PPC ads - both on adWords and Facebook. Unfortunately you can’t play the system with serving ads to people “arriving to (city) at (day of event)” or “recently arrived at (city)”.

TIP: Getting featured on a relevant marketplace is HUGE

Steady growth from such omni-channel presence, as well as a growing number of positive reviews, a growing number of languages we’ve localized into, and overall polish of our product, is probably what triggered the Chrome Web Store to feature us on their front page.

No words can describe how cool that was so here’s some footage from that day.

Installations started coming in at about 7x our normal rate for one week, and at several times our normal previous rate after that. We raked up over 6000 active new users (weekly!).

About a month later it happened again leaving us with the recent 11.030 active installations of CrankWheel.

The moral of this story is: Grow steadily, set yourself up for random opportunities (there is no way to predict being featured on the Chrome Web Store) and make it your top priority to deliver high quality service and uptime - every time.

How do you retain such an influx of new b2b users? Read on and learn how that 8000 quickly surpassed 10.000 installations!

Cozy up with your product development

To sustain such growth you need two critical pre-requisites: Common sense and cooperation with your product development department that knows the platform and how to optimize it. First make sure everything works, then go bananas with sales! 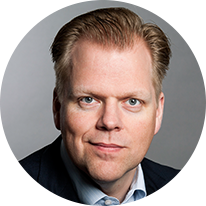 “Make sure the software you’re selling doesn’t crash, slow down, or fail to perform. Use scalable infrastructure. This is also true for your website. We were lucky to be well-prepared for scale.”

Monitor and measure everything

Grab a coffee and run your tracking software: Traffic, session recordings, app usage, and analyze, analyze, analyze! Only thanks to measurement can you reasonably evaluate your situation. Remember - it’s all about the user. Take as much time as you can afford to observe your new users. After all, their behavior on your website is (or at least should be!) a logical execution of what you had in mind for them.

We, for example, learned about our pricing and how it is perceived by new users. Responding to our users’ needs we first dropped the price entry level price to $9. It worked! More people started signing up! 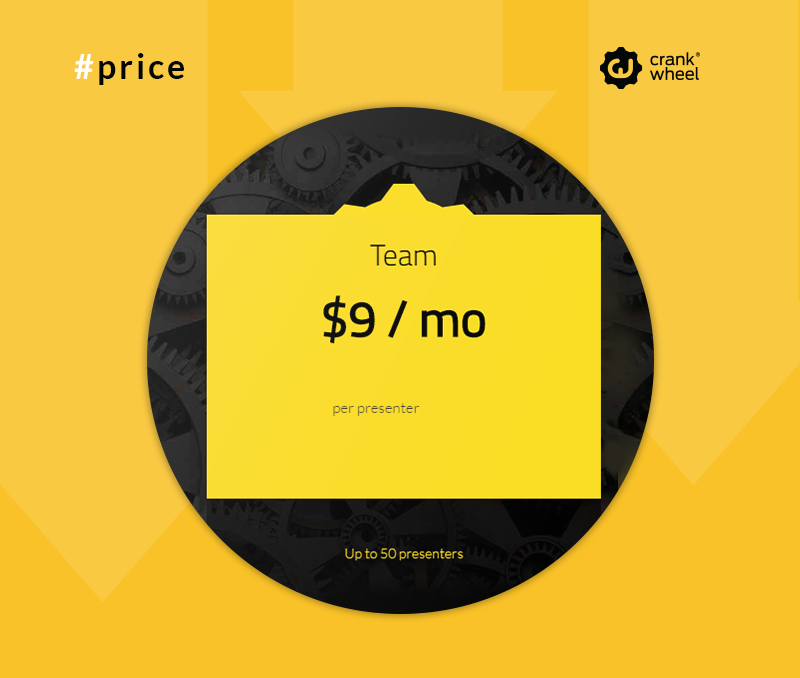 Make sure to segment your users and launch vertical campaigns. Even though we iterate on only two segments - new users and existing users - we make sure they receive different communications. 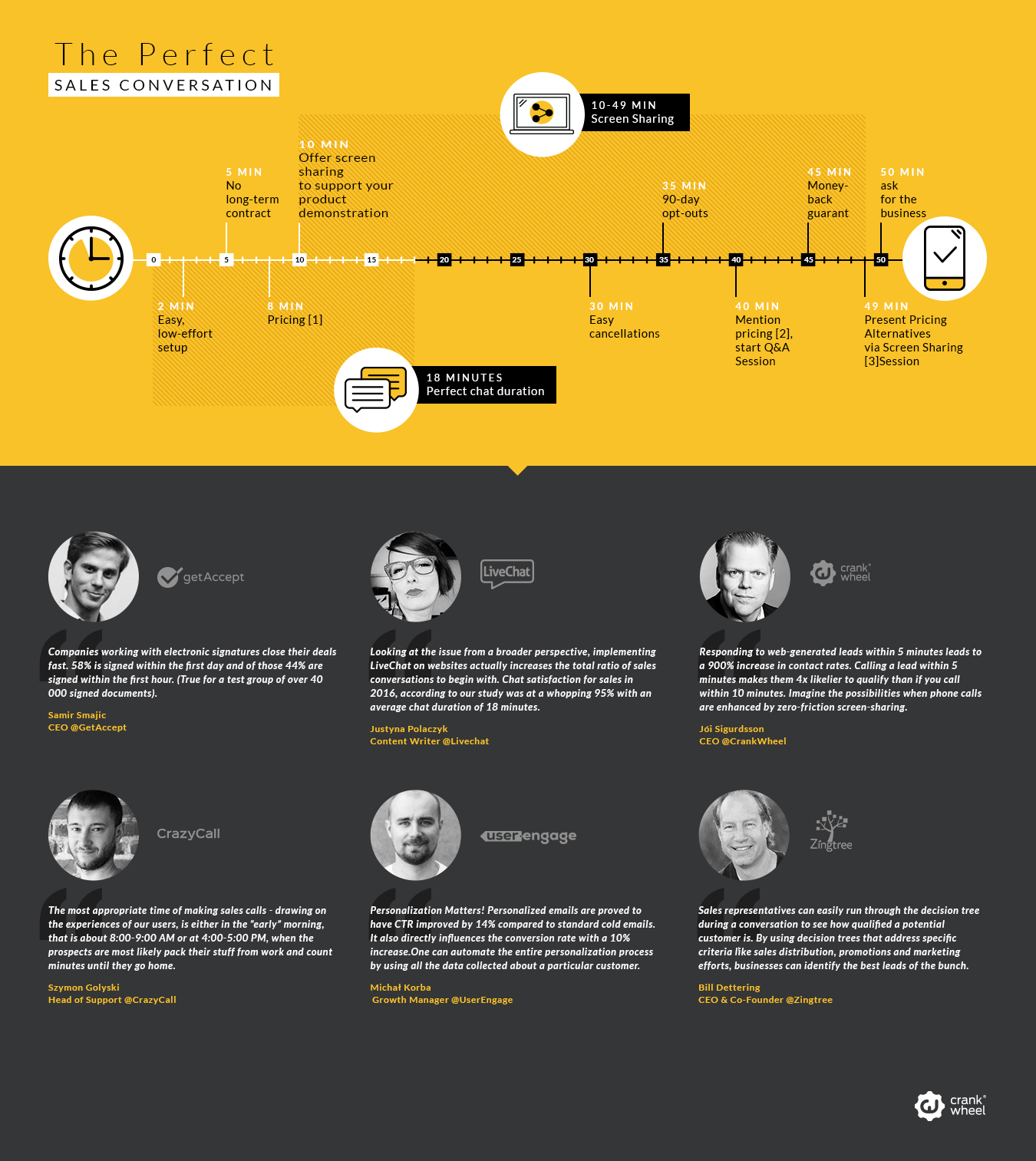 We made sure that each and every user got an opportunity to opt in to our newsletter, and then pushed out a big announcement. We changed sign-up methodology. Every user now starts on a free trial of our full functionality, then later either chooses a paid plan or decides to downgrade to a limited plan. Our sales team was extremely happy with this!

Demo after demo we keep on retaining new users, converting one by one and we can’t get enough of their “wows” and “why didn’t I think of this”. Now you know everything - jump on the CrankWheel bandwagon and…